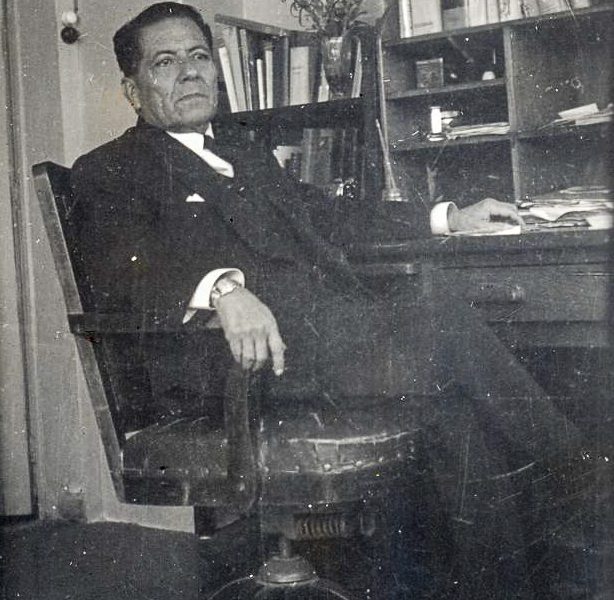 On the eve of commemorating another year of the birth of Don Oscar Efrén Reyes, illustrious historian, journalist and teacher from Baños, I consider it most appropriate, as a tribute, to transcribe a few lines about the name of the land where he was born, Baños, taken from his work: Baños, desde sus orígenes al Cabildo (Baños, from its origins to the Cabildo).

As the “town of Tungurahua”, it became part of the numerous “encomiendas” that, soon after the Spanish conquistadors
“encomiendas” that, immediately after the conquest, were assigned to the famous Captain Diego de Torres, in
Captain Diego de Torres, in enormous territorial extensions of Ecuador,
mainly in the valleys of Patate, Chambo and on the slopes of the Tungurahua volcano,
of the Tungurahua volcano.

But years later, the region became better known. Y,
discovered its thermal waters, or healthy “baths”, the primitive name of “Ipo” and the
of “Ipo”, and that of “town of Tungurahua”.

With these last denominations it already appears in the documents and references of the rest of the
of all the rest of the Colony, from the end of the XVI century on…

The thermal waters, then, numerous and of varied temperature, and the miraculous effects on healthy and
miraculous effects on the healthy and sick, imposed the name, which subsists to this day, indissolubly
date, indissolubly linked to two of the irrecusable realities that determined the Spanish
determined by the Spaniards: Baños de Tungurahua, a region that is included in the
in the upper Pastaza, from its formation in Las Juntas del Chambo and Patate,
to the initiation of the Ecuadorian Oriente itself, the marvelous Country of Cinnamon.
wonderful Country of the Cinnamon.

4 Dr. Silvio Luis Haro: The archaeological wealth of the province of Chimborazo. In El Comercio de Quito:
May 18, 1947. “